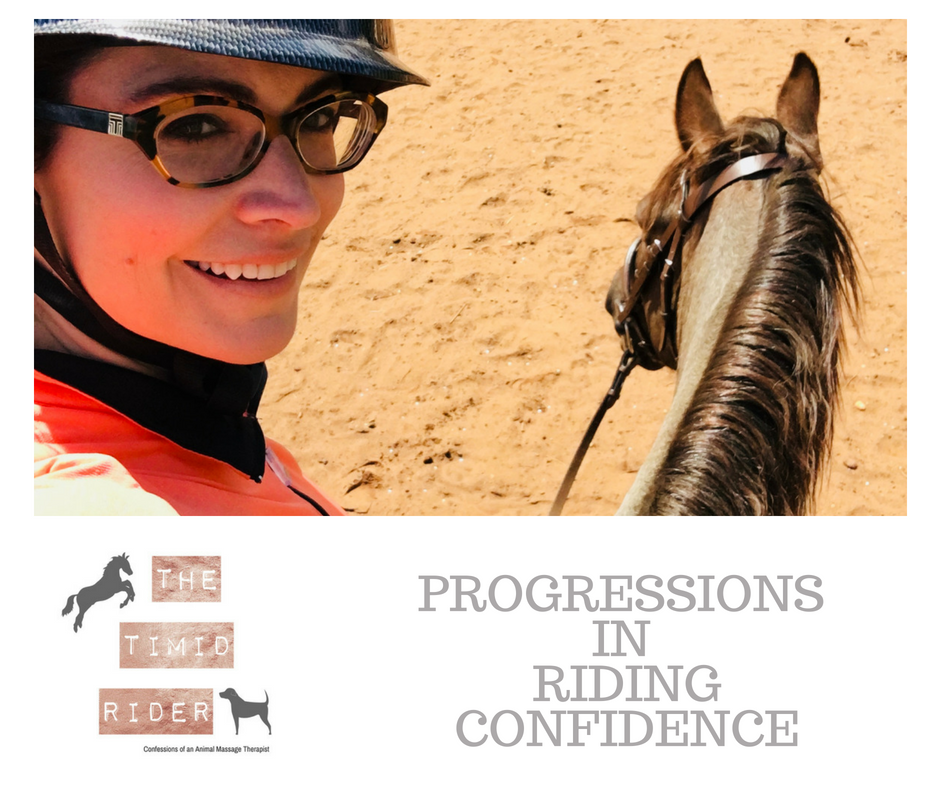 Isn’t it funny how one day we have a “bad ride” and the next you are glowing because everything was perfect? Equestrian sports are a team effort. Yes, I can always tell when my pony is in a mood and I have to take a different approach, but if I have a tough ride I blame myself. Let’s be honest, it’s usually the rider that makes the difference day-to-day.

Since I’ve owned Ferrous (I still can’t believe it!), I have found a renewed sense of confidence in myself. A lot of this has to do with riding more frequently. Taking lessons once a week is not enough for anyone to improve, at anything. I lamented that I could not practice what my trainer and I had worked on in lesson, or go on a leisurely trail ride when the mood strikes.

Honestly, I love everything about horse ownership. I recently had an amazing ride where I accomplished something I haven’t done in years, jumping a course. Obviously there was room for improvement and my equitation left much to be desired. However I felt the difference when we nailed it perfectly or I came in to the jump a little to crooked. I was self aware and was able to pinpoint exactly what I did right and wrong.

So why now? Why the sudden burst of courage to do something I have been terrified to do, even over tiny cross rails, for years?

One of my goals when we bought Ferrous was to form a bond with him. For me, that is the most amazing part of owning a horse. We spent time together hand grazing, walking aimlessly, lunging, and riding. Sometimes I will visit the barn and sit on the tack box and read next to him for a little while. Just to spend some time together.

Because of these things I have come to know his quirks. My pony has a lot of personality- and show me the pony who doesn’t, right? Every day is something new.

Lately it rained here for a full week. Spring in New Jersey means rain and lots of flowers and greenery. After being cooped up in his stall for two days I rode him, and took him outside during a break in the weather. The footing in the ring was fantastic with the exception of a rather large puddle in one corner. No big deal, we go through a stream on trails.

We began our ride and he was alternately excited to be outside; looking at everything; calling to friends; and not wanting to move forward. Challenge accepted. I knew this was not going to be a schooling session. We may not have had perfect form, but my goal was to do the opposite of what he wanted that day, specifically a lot of going through the puddle. He did everything to avoid it: shying to the side, trying to cut the corner, or only going through the shallowest part. Over and over we did it in both directions until I felt he was not paying attention. Just one little hiccup.

At one point my very honest pony decided that he had enough. We trotted toward the puddle and without any hesitation he stopped dead, then jumped the entire thing from a standstill.

Two months ago I would have had a heart attack and gotten off, fearful that he was being bad and I would fall off if I pushed him too far.

Instead, I began to laugh and make him go through it the right way. It was hilarious but not something that I want him doing regularly or with my children.

I only wish we’d caught it on video. When I left the ring I told one of the trainers what happened with a giggle. Her response, “Oh yeah he hates puddles”. I’m learning something new every day.

As I mentioned above, it is so incredibly important for me to practice. I’m a visual learner and usually when I trying something new it takes three times for me to get it right. Riding once a week taught me a lot but I didn’t have the ability to practice or work on those things for myself and the horse I was riding. Now, because I’ve learned so much about Ferrous and what he needs I know what exercises help to loosen his shoulders and let him stretch.

Moreover, I need the practice. More riding means a strong leg, stronger seat, and more endurance as a rider. Both of us do best in a regular program.

That being said, I like to switch things up. I try to ride three-to-four days a week if my schedule allows. At least one of those days will be using ground poles and the other a light hack if weather permits.

I posted on Twitter some time ago I was thinking of entering one of the spring schooling shows at the barn. More importantly, I told my trainer. I do best when I have a goal and something specific to work toward. That being said, I am terrified of horse shows. Straight up panic attack, terrified.

I honestly don’t know why but I think it stems from anxiety I have about not being very good. No one wants to look stupid or be bad at something that is important to them. I’ve done a couple of schooling shows and did pretty well. Ironically the show I felt the most relaxed in, I placed last. The one time I was 2nd place in jumping I was shocked, and the time I won 1st was for a costume contest hilariously enough.

But I need a goal.

Every day is different and of course, there are good days and bad days. Sometimes you’ll find that you have several months of good days and then one REALLY bad day, like when I hurt my ribs. Often, it’s human nature to focus on the bad. I know I do that. But that isn’t acceptable to me. I refuse to back down and stop riding again like I did as a child. Instead, I take baby steps forward and try to focus on the good.

For example, a few days after our interesting puddle-jumping ride, I rode Ferrous down to the larger ring near the barn owner’s home.

My little pony was very excited to be hacking out for a bit, but was in a mood and kept looking into bushes for fire-breathing monsters. Still, we arrived without issue. After some warm up, especially in the canter where we really got to stretch out and M-O-V-E we were tasked with jumping a small course in preparation for the upcoming horse show.

Now, jumping is my Achilles Heel. I don’t want to put bad juju out there, but I’ve never been hurt jumping. Yet for some reason it makes me incredibly nervous. I do attend a lot of horse shows and have seen some bad falls, but nothing from personal experience. When I rode Delight for two years he was green, and needed my guidance at the jumps. As a result we did nothing more than a line of cross rails and small verticals, never a full course.

But now I have Ferrous. He loves to jump and gets excited, but not uncontrollable. He’s the quintessential packer and very honest. So we did an outside line and made the second a small vertical. Then we added a diagonal. Lastly, we added a second diagonal with a gate, which I’d never before jumped. Okay, breathe.

But guess what? We did it! It was perfect and my equitation is a work in progress. But, I felt when we came in perfectly, when we did everything right. I felt when I did something off that I wanted to fix. And a few times I got a little nervous and just grabbed mane, trusting my pony.

I don’t usually post ride reports or photos and videos of myself, but in this case my trainer was there to take video and shout encouragement to, “not be a dooky”. I’m incredibly proud of myself. As I build my confidence, I can work on my form and everything else.

How do you build your confidence? 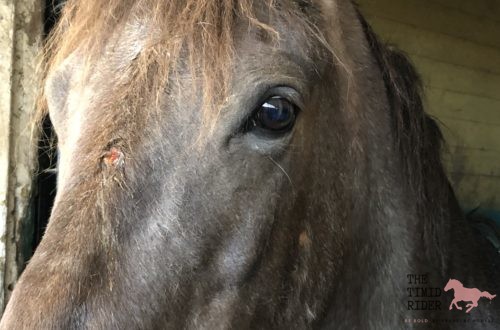 My Horse Suddenly Has a Skin Condition 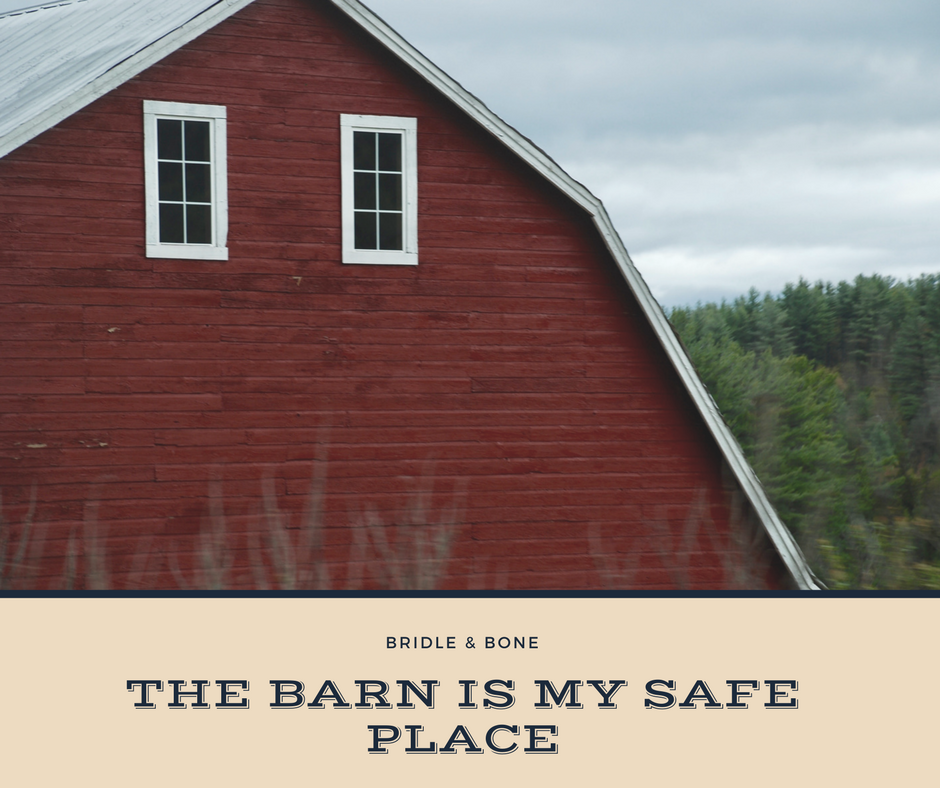 The Barn is My Safe Place 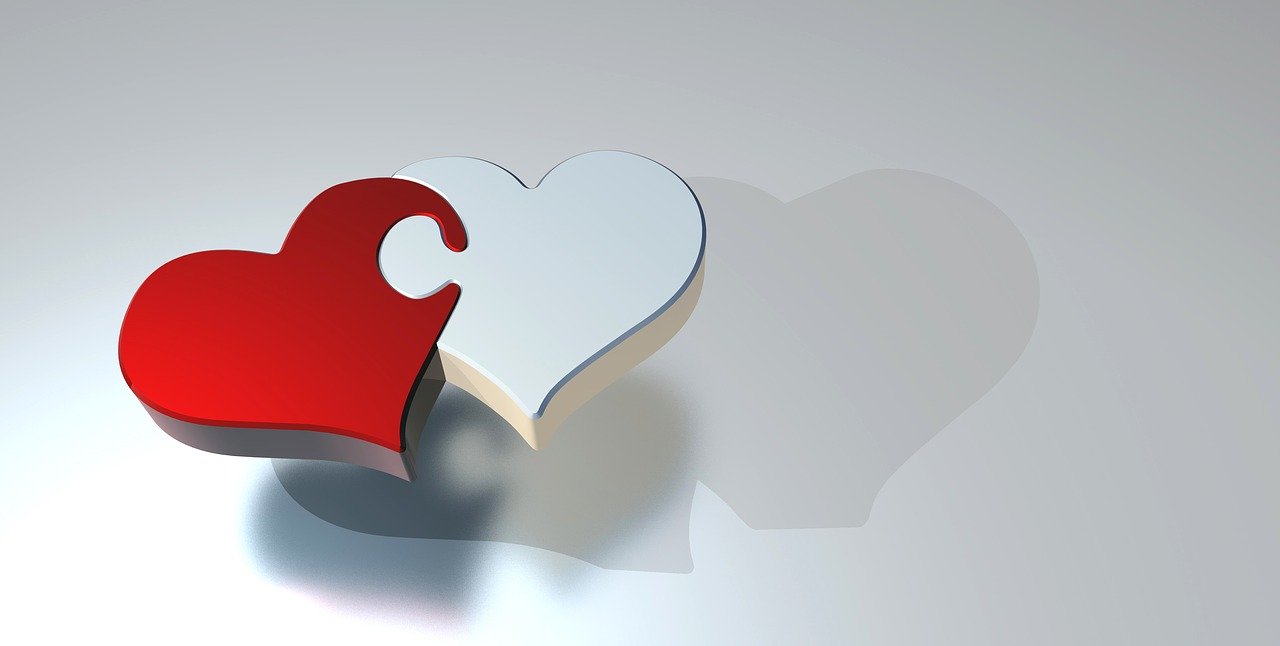 My name is Heather. I stepped away from horses as a teen due to anxiety and regretted it ever since. Now I'm back but things are a little different now. I'm a mother, I'm less flexible, and I'm a lot more nervous. The biggest difference? I'm following my passion despite lacking confidence. Join me as I talk about all those things we think but don't say out loud. 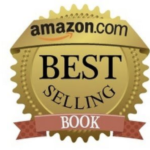 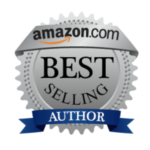 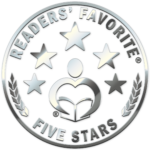 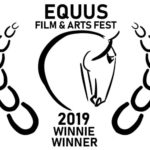 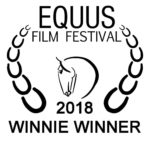 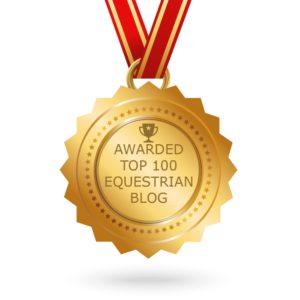 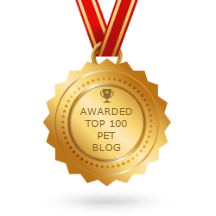